Alongside paracetamol, ibuprofen is the most used over the counter pain medication in the UK. Ibuprofen belongs to a group of drugs called non-steroidal anti-inflammatory drugs (NSAIDs). Ibuprofen is the weakest within NSAIDs class, but also has a lower risk of side effects. Ibuprofen is usually taken to: 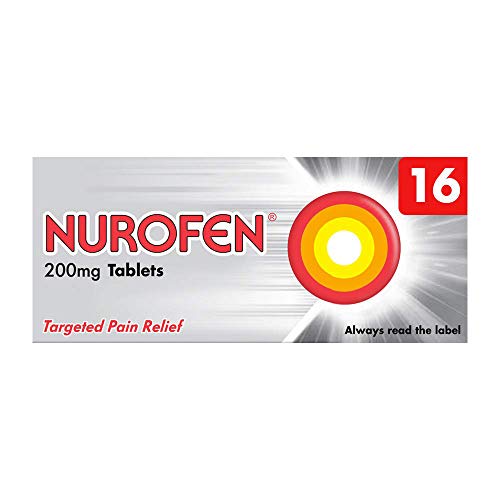 Ibuprofen and other NSAIDs – mechanism of action

Ibuprofen, like other NSAIDs, helps to reduce pain and inflammation. NSAIDs primary mechanism of action is stopping the production of certain chemicals in the body called prostaglandins (PGs). NSAIDs do it by blocking the cyclooxygenase (COX) enzyme, which is needed to produce prostaglandins. Prostaglandins are found throughout the human body, almost in all tissues.

Production of some prostaglandins increases at the site of injury, giving some typical symptoms of inflammation such as:

Increased level of prostaglandins is associated with more severe period pain. NSAIDs, therefore, are preferred and more effective in the reduction of period pain than any other over the counter painkiller, such as paracetamol (Marjoribanks et al, 2015).

Although it is not necessary to know how NSAIDs work, I reviewed NSAID’s mechanism of action to show that marketing endorsements of certain products/drugs are not scientifically sound.

Availability of ‘standard’ over the counter ibuprofen

The most popular over the counter ibuprofen comes in the form of tablets, available in two different strengths as:

Ibuprofen 200mg tablets can be sold as general sale medicine (GSL), meaning it can be purchased from any retail outlet with pack size restricted to 16 tablets or capsules.

Customers can purchase 400mg tablets from a pharmacy (pharmacy-only medicine, P medicine). 400mg ibuprofen tablets can be purchased as a single product or multiple packs for up to 100 tablets.

What is the difference between ibuprofen 200mg and 400mg tablets?

Over the counter ibuprofen is available also as: 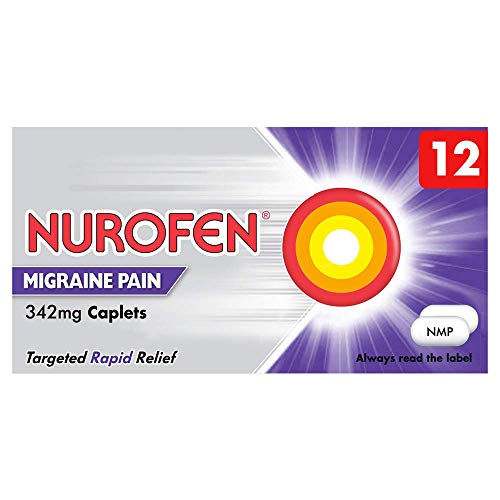 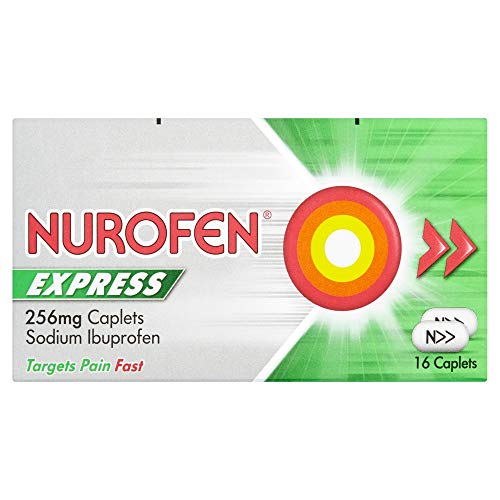 Is prescribed ibuprofen different to over the counter ibuprofen?

Most commonly prescribed ibuprofen 400mg is the same as the ibuprofen available over the counter from pharmacies. A higher strength of ibuprofen can be prescribed by a doctor, although it is not commonly seen in practice.

Over the counter ibuprofen is limited to a maximum daily dose of 1200mg; for example, three 400mg tablets taken three times a day.

Ibuprofen exists a prescription medication as:

When prescribed by a doctor, an adult can take ibuprofen up to 2400mg daily, which is twice of over the counter recommended daily dose.

What is the strongest ibuprofen over the counter?

So far, I discussed the availability of ‘standard’, generic ibuprofen 200mg and 400mg tablets. Now I will review a couple of products, which contain ibuprofen lysine. Ibuprofen lysine is a ‘salt’ version if ibuprofen, which ‘dissolves’ in the body quicker, hence typically, ibuprofen lysine is marketed for conditions which requiring faster respond time, for example, migraine and period pains.

When ibuprofen lysine is taken, inside the body ibuprofen is ‘separated’ from lysine to give ibuprofen acid. Lysine does not produce any effect in the body, whereas ibuprofen acid, has the same effect as standard ibuprofen.

Do you get more of ibuprofen with ibuprofen lysine?

Cost-effectiveness: ibuprofen lysine over the counter vs standard ibuprofen

Both items are the same product, marketed under two different names. Each tablet of the above brands of ibuprofen contains 684mg of ibuprofen lysine per tablets, which his equivalent to 400mg ibuprofen.

Ibuprofen tablets which contain 342mg of ibuprofen per tablet are market as different products, for example:

Many of the above products are marketed as products, which ‘target the pain‘.

NSAIDs is a class of drugs that work in the areas the body not only associated with pain and inflammation but also in any other parts, where the production of prostaglandins happens, hence the reason for some side effects. ‘Targeting the pain’ in this context does not mean a lot since all ibuprofen products work in the same way and will produce the same end effect on the body.

The strongest ibuprofen over the counter: Nurofen 300mg Sustained-Release Capsules

Nurofen Back Pain and Nurofen Long Lasting Pain Relief 300mg sustained-release capsules are the strongest over the counter ibuprofen products. Both products are the same medication, sold under two different names.

Each prolonged-release capsule contains 300mg of ibuprofen. Nurofen Back Pain and Nurofen Long Lasting Pain are pharmacy-only products, which can be used by adults and children from 12 years of age.

The recommended daily dose for both products in children over 12 and adults is: one or two capsules taken twice a day.

Two sustained-release capsules provide for 600mg of ibuprofen, which is the highest amount of over the counter ibuprofen taken as a single dose.

Nurofen Back Pain and Nurofen Long Lasting Pain come in the form of sustained-release capsules (also known as modified-release capsules), which means, this product should be taken twice a day, due to slow release of the drug throughout the day.

The total recommended daily dose for the above products is 1200mg, which is the same for standard ibuprofen.

The strongest ibuprofen over the counter: is Nurofen Plus the strongest?

Nurofen Plus (combination of paracetamol and codeine)

Nurofen Plus contains a combination of ibuprofen with codeine. Each Nurofen Plus tablet contains 200mg of ibuprofen and 12.8mg of codeine. Many patients refer to over the counter codeine-containing products as ‘the strongest’, although it may not be the case for everyone.

Nurofen Plus can be used by adults and children over 12 years of age. Nurofen Plus is licensed as a short-term treatment of acute pain (headache, period pain, back pain, etc.) for which other painkillers, such as paracetamol did not provide an adequate response.

Codeine provides for additional pain relief due to its different mechanism of action to ibuprofen. Generally, people nto codeine treatment in a distinct way; some people may feel little or even no effect when they take codeine (or codeine-containing products), whereas others may experience a range of side effects, even when over the counter codeine-products are taken. Common side effects associated with the use of codeine:

Codeine containing products are pharmacy-only medicines. When purchased over the counter, treatment with Nurofen Plus should be limited to three days.

The use of codeine-containing products such as Nurofen Plus or co-codamol (a combination of paracetamol with codeine) is usually restricted to three days only to avoid the possibility of getting addicted to codeine.

Is Nuromol the strongest over the counter ibuprofen?

Nuromol may offer favourable pain relief over standard ibuprofen due to a combination of two active ingredients and properties of the formulation, which gives an advantageous release of drugs. You can learn more about Nuromol in on my previous posts.

The strongest ibuprofen over the counter: is Flarin the best?

Lastly, I wanted to mention Flarin drug, as this ibuprofen product was extensively advertised on the TV. Flarin is advertised as being equal to ‘prescription strength of ibuprofen’ (2400mg a day) available over the counter, without a prescription. Flarin is a lipid formulation of the ibuprofen recommended for joint pain and inflammation. You can read more about Flarin and its effectiveness in my separate review – Flarin review.

The strongest over the counter ibuprofen: alternative options

As I mentioned before, ibuprofen is a weak NSAID. The most used NSAID on prescription is naproxen, which is more effective than ibuprofen. Naproxen is only available over the counter as a pharmacy-only medicine, used for the treatment of period pains, sold as Feminax Ultra (now discontinued) and Boots Period Pain Relief tablets.

Other anti-inflammatory options include: 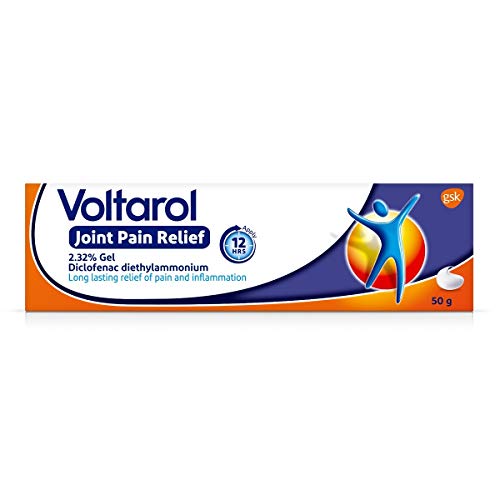 What is the strongest over the counter ibuprofen?

I reviewed a number over the counter product containing ibuprofen. Overall, the highest amount of ibuprofen that patients can benefit from is 600mg as a single dose (taken twice a day) offered by Nurofen Back Pain, and Nurofen Long Lasting Pain Relief 300mg sustained-release capsules. The total daily dose is however no different to that of standard ibuprofen.

Patients who look for a ‘strong’ over the counter ibuprofen should consider taking Nurofen Plus when ibuprofen or paracetamol failed to give adequate pain relief.