Ranitidine alternative drugs are in demand. UK markets have been wiped out from ranitidine, a popular medication used mainly in the management of indigestion / acid reflux. In the US and UK, ranitidine was subject to a number of recalls at the end of 2019 and the beginning of 2020 due to possible contamination with N-Nitrosodimethylamine (NDMA), a probable human carcinogen (a chemical that possibly causes cancer). The topic of ranitidine and cancer risk with updates on all ranitidine recalls was previously discussed in the post: Ranitidine recalls – updates & patients information. Ranitidine alternative drugs will be discussed in this post. In brief, the following will be reviewed:

Ranitidine belongs to a group of medicines called H2-receptor antagonists, commonly known as H2-blockers. Although as complicated as it may sound, the meaning behind this definition is straight forward:

Over the counter (OTC) or prescription-only medications (POMs) which can be used as an alternative to ranitidine belong to one of the following groups:

From a legal perspective, drugs alternative to ranitidine are available as products licensed according to one of three categories:

To understand even more the treatment used in the management of GORD< i strongly recommend to watch the video below.

Over the counter H2-receptor antagonist

Over the counter Proton Pump Inhibitors as an alternative to ranitidine

There is a number of PPIs available to buy without a prescription from the pharmacy (P) or simply off the shelf in supermarkets or other retail outlets (GSL).

PPIs are more effective in reducing acid production than H2-receptor antagonists such as ranitidine; however, they are associated with the possibility of more common side effects and a number of possible interactions with other medicines. If in doubt, read product information leaflet or speak to the pharmacist before using a PPI.

Over the counter PPIs: cautions in use

All over the counter PPIs have similar license and recommendation on the duration of treatment:

Common side effects associated with the use of PPIs:

Over the counter PPIs: Interactions with other drugs

Please refer to the product information leaflet or speak to the pharmacist if you take any other medication.

The main active ingredient of the next two products is esomeprazole. Like omeprazole, esomeprazole is a proton pump inhibitor. Similarly, patients may need to take esomeprazole to 2-3 consecutive days to control their symptoms, although a single dose of esomeprazole may provide relief from symptoms of acid reflux. If no improvement in symptoms is seen within two weeks despite the treatment with esomeprazole, patients need to speak to their GP. 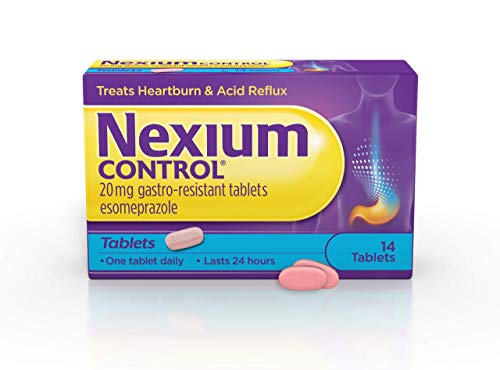 Availability: GSL – any retail outlet or website, supermarkets, and pharmacies.

Dose: the recommended dose is one capsule/tablet per day

Nexium Control contains 20mg of esomeprazole as an active ingredient. A single dose of Nexium Control can settle the symptoms of heartburn for up to 24 hours. Read Nexium Control review to learn more about this medication, including common side effects, drug interactions, and information about the effectiveness as compared to omeprazole drug.

Nexium Control is widely available, most supermarkets and pharmacies stock this product. It can also be bought online from different websites, including Amazon.co.uk. 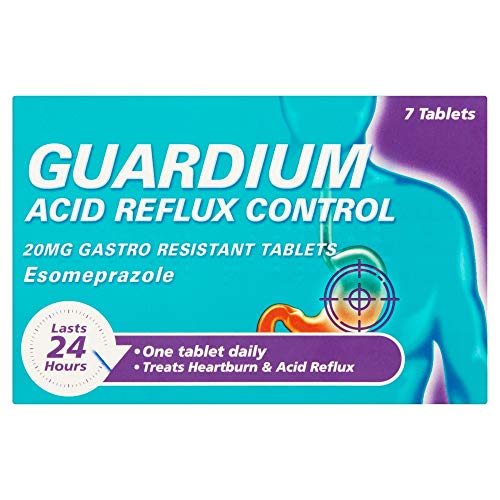 615 Reviews
GUARDIUM Tablets Heartburn and Acid Reflux Control by Gaviscon, Pack of 7
£6.99 −£1.48 £5.51
Buy on Amazon Price incl. tax, excl. delivery
Availability: GSL – any retail outlets or websites, supermarkets, and pharmacies.
Dose: the recommended dose is one tablet per day (20mg of esomeprazole daily) for up to two weeks.

Guardium Acid Reflux Control comes in a pack size of 7 and 14 tablets.

Omeprazole as an alternative to ranitidine

Dose: 1 tablet taken once daily for a recommended maximum of 14 days.

Dose: One tablet per day (20mg of pantoprazole daily)

The last on the list of ranitidine alternative drugs is Pantoloc. This product contains 20mg of pantoprazole per tablet, another drug classified as PPI. Not all pharmacies stock Pantoloc. A quick search online revealed that limited websites stock Pantoloc. Pantoloc Control is sold in two box sizes of 7 and 14 tablets.

Antacids less effective in the management of acid reflux as compared to PPIs discussed in previous paragraphs. Antacids do not stop the production of gastric acid but neutralise it in the stomach.  Antacids can provide fast and short-term relief from heartburn symptoms.

Antacid can be purchased from supermarkets, pharmacies, and retail outlets. There is a number of antacid products available on the market. Antacid can be bought as chewable tablets, a liquid formulation or sachets.

Popular brands of antacid products include:

You can learn more about availability of different antacids in related post: 16 Best Gaviscon Alternative Products. 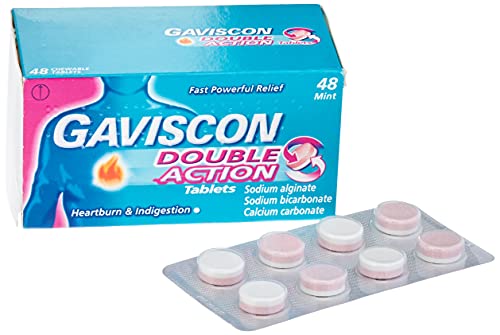 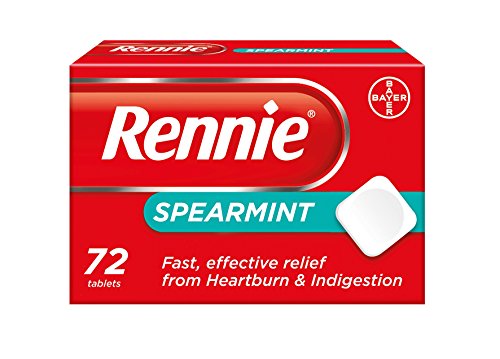 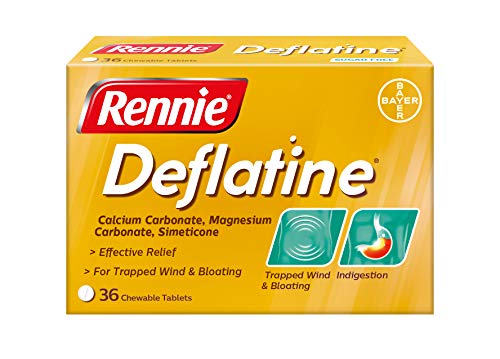 OTHER POPULAR HEARTBURN AND INDIGESTION ANTACIDS 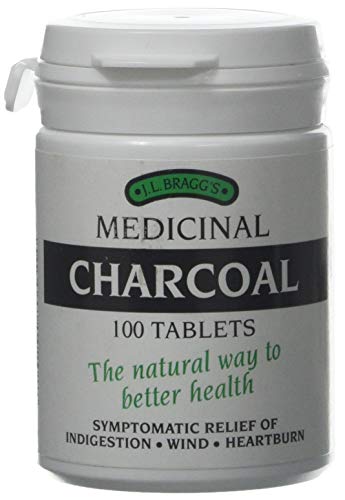 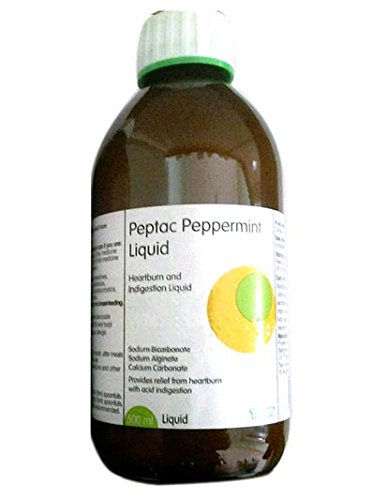 Patients who used ranitidine on prescription can be easily switched to alternative treatment with PPI unless contraindicated. In practice, some patients are treated with both PPIs and ranitidine at the same time and continuously, although concomitant use of both drugs has questionable effectiveness. NICE guidance on the management of dyspepsia recommends short use only (14 days intermittently) of ranitidine and PPI at the same time (NICE, 2017). Patients who are currently treated with ranitidine are advised to speak to their GP about the alternative treatment due to ongoing shortages of ranitidine in the UK.

There are few options when it comes to H2-receptor antagonists available on prescription including:

All of the above drugs are not commonly prescribed. At the point of writing of this post, all above H2-receptor antagonists are out of stock, most likely due to increased demand caused by supply problems with ranitidine. To give you a rough idea, in the last 12 months, over 6.1 mln ranitidine prescriptions were issued. During the same period (OpenPrescribing.net, 2019):

Cimetidine is not commonly prescribed as it affects how other drugs are absorbed (how much drug gets into the body), their metabolism (how much medication is changed into the active form in the body), and elimination (how much drug leaves the body). With a number of potential interactions with other drugs, cimetidine became an obsolete choice in the management of gastro-oesophageal reflux disease (GORD).

Omeprazole is the most commonly used PPI in the management of dyspepsia/GORD in the UK. It is also one of the most prescribed drugs in the UK.

Prescribed omeprazole is available in different formulations, including:

Tablet and capsule forms of omeprazole exist in the following strengths: 10mg, 20mg, and 40mg.

Omeprazole liquid is classified as a special product in the UK. It is made on an individual basis for each patient, usually children, but also patients with swallowing difficulties.  To learn more about omeprazole liquid, please read my separate post on this product. Omeprazole became the first choice when PPIs are considered in the treatment due to low cost and effectiveness of the treatment.

Esomeprazole comes in forms of capsules and tablets, available as 20mg and 40mg preparations. Esomeprazole can be prescribed as a generic medication or as a branded drug called Nexium. The latter is not commonly prescribed due to the big price difference between generic versions of esomeprazole and Nexium.

Pantoprazole on prescription comes only in the form of tablets. 20mg and 40mg of pantoprazole drug are available. Pantoprazole is not commonly prescribed in the NHS.

Similarly to pantoprazole, rabeprazole is not commonly prescribed in the UK. Rabeprazole comes in form 10mg and 20mg gastro-resistant tablets.

Which PPI is the best?

There is no evidence to suggest one PPI is better than another. However, when PPIs are prescribed for treatment of GORD, for example, patients may be switched between PPIs if one fails to produce a satisfactory response (NICE, 2017). Omeprazole and lansoprazole are the most prescribed PPIs in the UK.

When it comes to short-term management of heartburn / acid reflux, patients have a good choice of drugs, which are available without a prescription. Five different proton pump inhibitors are available over the counter from a pharmacy, with three being licensed as general sale items, which can be purchased from any retail outlet.

Patients who have been experiencing symptoms of heartburn for longer than two weeks (despite PPI treatment) should speak to their GP. Additional symptoms highlighted by manufacturers of PPIs needed a referral include:

What is the alternative for ranitidine tablets?

Prescription-only medicines alternative to ranitidine include other h2 receptor antagonists such as famotidine, cimetidine, and nizatidine. A number of other drugs can be used as an alternative to ranitidine with proton pump inhibitors (PPIs) being most commonly used. PPIs include omeprazole, esomeprazole, pantoprazole, and other drugs. PPIs can be prescribed or purchased over the counter.

Is omeprazole the same as ranitidine?

Ranitidine and omeprazole belong to different classes of drugs. Ranitidine is an H2-receptor antagonist and Omeprazole a proton pump inhibitor (PPI). Both drugs can be used in the management of the same conditions, however, PPIs are considered more effective in reduction of stomach acid production.

Should I stop taking ranitidine?

Patients who are concerned about taking ranitidine should speak to their GP before making the decision to stop the treatment. GP may suggest an alternative treatment to ranitidine.