Montelukast, a prescription-only medication, is mainly used as add on therapy in the treatment of asthma, usually in patients who cannot control their condition with an inhaled steroid and who cannot control their asthma with ‘short acting’ inhaler such as Ventolin (Salbutamol). Today I will explore a different use of montelukast and answer the main question: can you use montelukast for allergies?

Montelukast is primarily used in the management of asthma, as add-on therapy when inhaled corticosteroid and short-acting beta-2 agonist such as Ventolin do not provide sufficient control of the condition.

Montelukast is also licensed to help with symptoms of seasonal allergic rhinitis, a hayfever characterised by the inflammation inside the nose) and exercise-induced asthma.

Classified as a leukotriene receptor antagonist (LTRA), montelukast has a distinct mechanism of action compared to other drugs, including those used to treat asthma. Leukotriene receptor antagonists produce widening of airways (bronchodilation) and have anti-inflammatory effect (Dempsey, 2000). Leukotrienes are molecules which react with ‘binding sites’ (receptors found in the lungs causing bronchoconstriction (narrowing of airways). In plain language, montelukast stops leukotriene from working (antagonise their effect).

Montelukast 10mg tablets are usually prescribed for adults; however, montelukast also comes in 4mg and 5mg chewable tablets for children.

Can you use montelukast for allergies?

Although montelukast is not licensed for the conditions in question, a doctor can prescribe medicines outside its license. What would be the rationale to use montelukast for allergic skin conditions?

We already established that montelukast stops certain chemicals called leukotrienes (mediators) from working. Leukotrienes have physiological roles in other conditions, not just asthma or allergic rhinitis, for example (Liu & Yokomizo, 2015):

From a pharmacological point of view, it makes sense to use montelukast for allergies as it blocks one of the chemicals responsible for symptoms of allergies.

Use of montelukast for allergies: what is the evidence?

Many small studies confirm the effectiveness of montelukast in treating conditions for which montelukast is not licensed at the moment.

In this study, over 1300 patients suffering from all-year-round allergic rhinitis received random treatment with either montelukast 10mg, cetirizine (antihistamine) or a placebo (a dummy pill). It was concluded that taking montelukast resulted in improved daytime symptoms and significant improvement in the quality of life. Treatment with montelukast during six weeks trial showed to be consistent as opposed to the treatment with an antihistamine – cetirizine (Philip et al., 2007). Furthermore, existing evidence suggests that antihistamines and leukotriene antagonists (montelukast) are equally effective in relieving the symptoms of allergic rhinitis but less effective than steroid nasal sprays for hayfever (Van Hoecke et al., 2007). 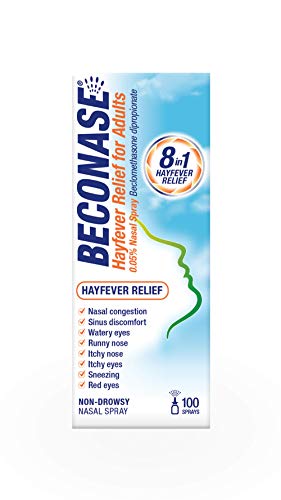 Montelukast with desloratadine or levocetirizine in treatment of persistent allergic rhinitis

This small study investigated the effect of treatment with montelukast in children with severe eczema. The condition was defined as severe when 10% or more of the skin was affected and patients failed to get a response from standard treatment, for example, the use of antihistamine tablets and topical steroids.

In conclusion, children who took montelukast had experienced reduced itching, extent and intensity of the condition, reduced number of eosinophil (white blood cells) and IgE (trigger release of the chemical that causes an allergic response) and improved sleeping (ibid).

Montelukast vs antihistamines: what is the difference?

Antihistamines are the first-line treatment of hayfever and are commonly bought over the counter to help with allergic rhinitis. As the name suggests, antihistamines reduce the actions of histamine, which is the leading compound (mediator) released by cells contributing to symptoms of allergies. Histamine and leukotrienes have a distinct role in allergies and allergic response, hence the availability of two classes of drugs: antihistamines and leukotriene receptor antagonists.

Can you take montelukast with antihistamines?

Although not commonly used, montelukast can be used for allergies. In particular, it is licensed to help with seasonal allergic rhinitis, with evidence to support its effectiveness. Many small studies explored the use of montelukast in the treatment of other allergic conditions like eczema. Although not licensed to treat other allergic conditions, the use of leukotriene receptor antagonists should be investigated with more extensive studies.