Ibuprofen is a common medication used in the management of pain, fever, and to reduce inflammation. Alongside paracetamol (Calpol) it is one of the first medicines considered by parents when a child is ill. However, ibuprofen may not be recommended as the drug of choice in a particular group of children or to treat specific conditions. Today I answer the question: Can you use ibuprofen for chickenpox?

Can you use ibuprofen for chickenpox?

NHS recommends not to use ibuprofen for chickenpox unless advised to do so as it may increase the risk of severe skin infection called necrotising fasciitis (NF).

Necrotising fasciitis, also known as ‘flesh-eating disease’, is a severe bacterial infection, which happens beneath the skin. Skin infection is usually caused by a group of bacteria called group A streptococcus (GAS) and Staphylococcus aureus. During the infection, bacteria release toxins, which cause quick, severe damage and death of the skin. NF may lead to a life-threatening situation.

One UK review based on 630 patients admitted to the hospital found that 32% of children and 17% of adults admitted to hospital with chickenpox had bacterial skin infections (NICE, 2018).

Paracetamol is recommended as medicine to help with fever (high temperature), pain caused by chickenpox. Ibuprofen belongs to a group of drugs called Nonsteroidal Anti-Inflammatory Drugs (NSAIDs). Its mechanism of action (how it works) is different from paracetamol.

Why should you not give ibuprofen for chickenpox (evidence)?

The evidence-based guide is constructed from different clinical studies. The evidence against the use of ibuprofen in children with chickenpox is taken from clinical trials, which took place in the USA. I will review a couple of relevant studies. To keep it simple, I will call both studies Study 1 and Study 2.

Study 1 – use of ibuprofen in children with chickenpox

Study 1 (Zerr et al., 1999) took place between December 1993 and June 1995. This study evaluated the risk of developing severe bacterial skin infection called necrotising fasciitis (NF) by children who took ibuprofen for chickenpox. This was a small study involving just 42 participants. Children who end up with A streptococcus infection were more likely to have used ibuprofen before going to the hospital. However, in most cases, ibuprofen was started after children experienced symptoms of secondary infection.

Use of ibuprofen was associated with necrotising fasciitis (NF) during chickenpox infection. Additionally, it was suggested more research is needed to check the role of ibuprofen in getting NF.

The objective of this study (Lesko et al., 2001) was similar to the previously discussed research. The primary goal was to see if the use of nonsteroidal anti-inflammatory drugs (ibuprofen) increases the risk of A streptococcal (GAS) infections and necrotising fasciitis. Children with chickenpox who were hospitalised due to necrotising fasciitis or A streptococcal (GAS) infections were included in this study.

In this trial, between June 1996 and September 1998, 52 cases of A streptococcal (GAS) infections were recorded including 21 necrotising fasciitis infection and compared to 172 other children who had uncomplicated chickenpox infection.

Based on both studies, there is some evidence which links ibuprofen use in chickenpox and risk of serious infections.

A more recent meta-analysis (a study that looks at all available evidence) concluded that the majority of studies show an increased risk of secondary infections. However, it was noted that in many cases, ibuprofen was used after the onset of symptoms of secondary infection, and this creates some uncertainty (Stone et al., 2018).

Nevertheless, there is a broad agreement in line with the NHS recommendation is not to use NSAIDs (ibuprofen) for the management of symptoms in chickenpox infections.

What are the alternative medicines for chickenpox?

Paracetamol is considered the first choice when it comes to the management of fever and associated symptoms in chickenpox. Paracetamol can be used in children aged two months and above. Calpol Infant, Six Plus is the or alternative brands of paracetamol ae suitable during chickenpox infection.

Management of skin itchiness in chickenpox

I dedicated a separate post on products which can be used to help with child’s skin itchiness during an episode of chickenpox. Broadly speaking products and medicines which are used to reduce skin itchiness can be divided into: 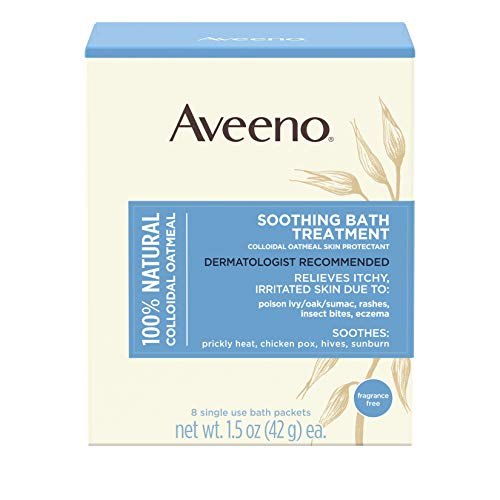 Chlorphenamine can be used alongside topical products. Learn more.