Bruises are mostly formed as a result of the injury, causing local skin discoloration. Generally, bruises do not require medical treatment and go on their own within a couple of weeks. A couple of creams to reduce bruising can be purchased over the counter and/or from the pharmacy, which possibly helps with bruising. In this post, I will review creams which contain Arnica, a popular herbal choice for bruises, and a Hirudoid cream, a pharmacy medication licensed for superficial bruising.

Hirudoid cream is a pharmacy only medication (P) containing 0.3% of heparinoid. P medicines can only be purchased from a pharmacy under the supervision of the pharmacist or from registered online pharmacies. Hirudoid is also available as Hirudoid gel, which has the same licensed use and restrictions as Hirudoid cream.

Where to buy Hirudoid cream or gel for bruising?

Hirudoid cream is not commonly prescribed in the UK and therefore many pharmacies do not stock it, however, it can be easily ordered in the pharmacy from pharmaceutical wholesalers for the same or next day delivery. A 50g tube of Hirudoid cream or gel costs around £7.

Hirudoid cream is licensed for adults and children over 5 years of age for the relief of:

How often is Hirudoid cream applied for the reduction of bruising?

Hirudoid cream is applied to the affected area up to 4 times a day. Hirudoid cream should not be applied to broken skin, large areas of the body or to mucous membranes areas such as nose, mouth, or eyelids.

How does Hirudoid work?

Through a cascade of different reactions, heparinoid, stops clotting of the blood, improving its flow in small veins at the site of injury. This decreases inflammation and swelling, speeds up the absorption of bruises and consequently supports the healing process.

Despite the lack of popularity, Hirudoid cream is the best choice in a category of creams that reduce bruising. Well studied mechanism of action of the active ingredient (as compared to Nelsons Arnicare Arnica cream) supports the efficacy of this product.

Nelsons Arnicare Arnica cream is a herbal cream suitable for both children and adults. Nelsons Arnicare contains Arnica montana tincture as an active ingredient. This alpine plant is sourced from the Scottish Highlands and has been in use as a herbal and homoeopathic remedy since the 16h century to reduce bruising and swelling due to injury. 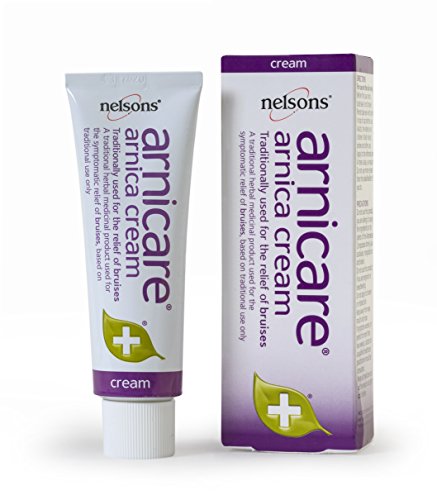 How to use Nelsons Arnicare Arnica cream to reduce bruising?

Nelsons Arnicare Arnica should be applied to the affected area 4 times a day when required.

Arnica 35 is one of the most popular, arnica containing creams on Amazon.co.uk. It is also listed as Amazon’s Choice in ‘arnica’ containing products for best-reviews and good price. Arnica 35 cream contains 35% of Arnica Montana, a much higher concentration of arnica than any other cream available in the UK.

The actual description of Arnica 35 is poor, with main uses for the cream detailed as:

Although not advertised as a cream for bruising, Arnica 35 contains Arnica Montana which is known as a traditional treatment of bruises. 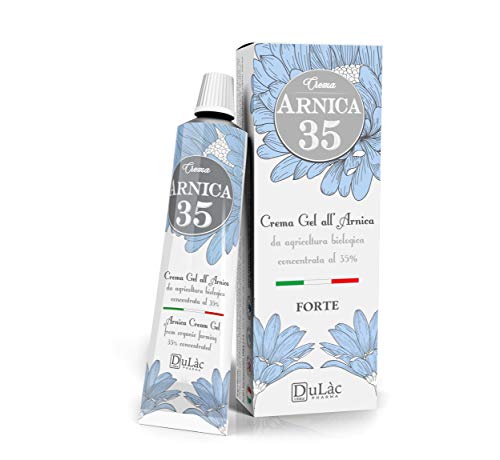 Although Bruise MD Bruising Cream is ‘clinically proven’,  here is no reference to support this claim. The main active ingredient, glycerol, is one of the most commonly used ingredients in the cosmetic industry. There is nothing about the Bruise MD Cream to suggest it is superior cream for bruising. Like many creams Bruise MD Bruising Cream ‘hydrates‘ the skin, which is essential is skin recovery from the injury or bruising.

Bruise MD Cruising cream is a popular choice with many positive reviews on Amazon.co.uk 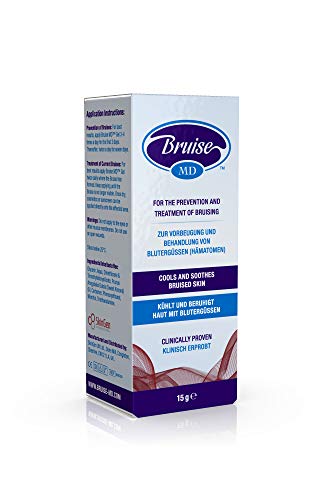 Boots cream to reduce bruising contains the same ingredients as Nelsons Arnicare, namely Arnica montana. Bruise Relief Arnica Cream is licensed as a traditional herbal remedy for the symptomatic relief of bruises. Boots Bruise Relief Arnica cream is made by Nelson & Co Limited, the same producer which makes Arnicare Arnica cream. In essence, both creams are the same.

Who can use Boots Bruise Relief cream?

There are no specific age restrictions for Boots Bruise Relief Arnica cream. It can be used by adults, the elderly and children.

How to use Boots Bruise Relief cream?

The cream should be applied 4 times a day when required.

5. Can you use Savlon cream to reduce bruising?

Savlon cream is licensed for cleaning and prevention of infections due to skin damage, for example, a small wound or skin burn. Savlon should not be used as a cream to reduce bruising.

Does Arnica cream work for bruises?

Arnica creams are herbal products based on traditional use only. There is no evidence to support the effectiveness of Arnica cream in the treatment of bruises.

What cream is good for bruises?

Hirudoid cream is licensed for the treatment of superficial bruises. Hirudoid cream contains heparinoid as an active ingredient, which shown to stops clotting of the blood, improving its flow in small veins at the site of injury.

Larsson B., S. Fianu, A. Jonasson & B. Forsskahl. Percutaneous treatment with a mucopolysaccharide polysulphate of experimentally induced subcutaneous haematomas in man. Thromb Haemost.1985;53(3):343-5.